Kip grew up in the country near the banks of the James River in Central Virginia and spent his days bow hunting, fishing and playing sports at Fork Union Military Academy.  Kip knew early on he wanted to work with a weapon in his hand, so the military, law enforcement or pro-hunter were the only jobs that would be acceptable in his mind.  The last option seemed pretty far fetched… seeing as how he didn’t come from a “big buck” part of the country and had no tie in with a hunting companies.

After high school, he attended Lynchburg College where it all fell into place.  Playing on the Lynchburg Lacrosse team took up much of his time at school but he continued bow hunt whenever he could.  In his second year, he switched his major to communications and started making short films and hunting videos.  This gave Kip less time in the classroom and more time in the field.  He also found that editing was something he really enjoyed. Then when Chad came to school there in 2003 they formed Shotfish Productions Inc. and started filming what would be the first pilot episode of Red Arrow.

Although today the Red Arrow crew hunts all over the world, Kip still lives in the small town of Fork Union and frequently hunts some of the same ground he hunted as a kid.  He wants to see Red Arrow TV become bigger, better and more entertaining each year.  More importantly he wants Red Arrow viewers to understand just what hunting and living in the country means to everyone involved with Red Arrow.  He lives for the thrill of killing animals with his bow and enjoying the outdoors with family and friends. 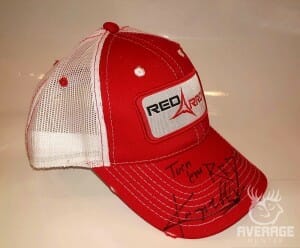 Save
Previous articleAuction Is Now Closed