Donated by friends at SatSkin Concealment, this signed Jim Shockey cap will be a great addition to anyone’s collection

He owns several exclusive outfitting territories in the wild lands of Canada, including the renowned Pacific Rim Guide Territory on Vancouver Island, British Columbia and the famed 12,000 square mile Rogue River Outfitting in the Yukon Territory. His television productions have won 15 Golden Moose Awards from 2009-2015, and he is accomplished in archery, muzzleloader and rifle. He serves as the Honorary Lieutenant Colonel of 4 Canadian Ranger Patrol Group (4CRPG) Canadian Armed Forces and is a Member International of the Explorer’s Club in New York City, and works in production with his entire family—Louise, Eva and Branlin. 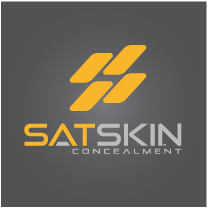 SATSKIN was created to bring you the best in 3D camouflage patterning, and that remains our sole operating mandate today. Our results speak for themselves: hunters and manufacturers alike are wowed by how our patterns look on the rack and, much more importantly, how they perform in the field.