Both Pat and Nicole got their start in hunting at a very early age and were taught how to hunt from whom they looked up to the most, their fathers. Nicole shot her first deer at the age of six and since then has put many record book animals on the ground and all of them being on film. Her personal best is 195” whitetail

from her home state of Illinois and her highlight to her career came when she spot n stalked a Male Lion in Africa with her bow at 25 yards. Pat has been hunting for more than thirty-seven years and has an unmatched track record of taking some of the largest whitetails in the world. Pat has anchored over seventy-five record book bucks all on camera and currently holds the record for harvesting the largest typical ever on video. The massive 5×5 scores an unbelievable 200” gross and net scored 192 3/8 and was taking on November 14, 2005 in Illinois.

In 2005 Pat decided to make the big step and start his own television show. He wanted a title for the show that best described himself and was understood by every diehard hunter.

Pat and Nicole’s Drive has never wavered since the beginning and has lead them to the top of the ratings chart on the Outdoor Channel and has impressively honored them with twenty-one Golden Moose Award nominations and five wins thus far in the past four years.

Find Pat and Nicole at drivenhunter.com 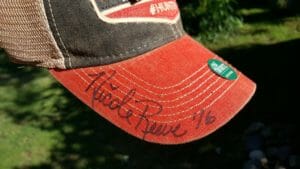 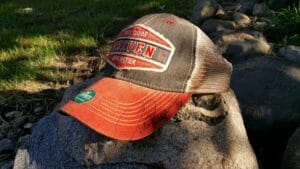